Here i am sitting on the steps of the State Library blogging after savoring a delicious Apple Puff from Pafu. Its comparable; well may be a lil more delicious than my favourite apple turnovers from Delifrance.

All of that while listening to Julia Michaels. Such an incredible songwriter! All her songs, really, she definitely wears her heart on her sleeve. “They say all Good boys go to heaven but bad boys bring heaven to you..” Oh god those sultry lyrics, i think it’s genius! She even co wrote one of my favourite Linkin Park songs; “Heavy”!

The past few weekends has been super busy, since the long weekend we had from Australia Day. Beginning of February is very busy with this lil family of ours. Back to back birthday weekends! First Ali and then this weekend will be Ayden.

Off to Geelong with the Syeds for a good beach day roadtrip but the weather suddenly takes a sudden turn, we had to endure cloudy and cold winds at Torquay and decide to drive down to Geelong after lunch and to our surprise. Mr Sun decides to show up! It was quite busy at the waterfront with Craft market, some carnival going on and some event. It was quite a delightful event for the kids. 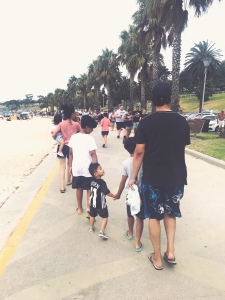 We had a wind down Saturday splashing about by the river just behind our area which we don’t even know until now! Pound bend Reserve definitely one in the list of our favourite picnic spots!

We packed on some bbq meats and sunscreen! And slowly, people driving in with their canoes and kayaks and some just clad in their swimwear all ready for a swim! Definitely great for families!

It was such a refreshing Saturday despite the hot weather! After the swim, we packed up and hit Chadstone for some AC and Dinner! Summer days in Melbourne is a good time to head to the mall for some cool down time! Once you had enough of the Sun that is.

Los Angeles. Hollywood. Santa Monica. Malibu. Red Carpets. How I envisioned it but not really. 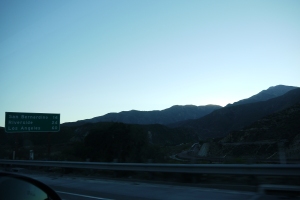 So Wirza got us a discounted rate room at the Sheraton Hotel downtown LA. It was great rates. pretty much. Going through TripAdvisor’s reviews, we found out that the hotel is undergoing refurbishments. Reading the reviews further, thought that it wasn’t that bad since we will be out and about in the day.

Boy, were we wrong! The lifts were so amazingly slow, that i could go back to my hotel room twice to change my shoes and the lifts still didn’t stop by for a good 8 minutes! Apparently, the renovations were going on so there’s no fridge or safe in the room. Don’t ask me why and i can’t even grasp why are these 2 items not in the room and how do they affect the renovations. The ventilation in the bathroom was not to be proud of either, not even sure if its working! The valet and porters wasn’t friendly, It is as if they do not want to be there at all. Maybe because of the renovations, darn slow lifts and lack of services, that people do not even want to spend an extra cent for valet parking.

We did found a really cheap overnight parking (Undercover, manned, garage) for $16 at 830 South Flower Street Los Angeles, CA 90015 which is a couple of minutes down the road as opposed to $37 for overnight parking at Sheraton. So you might want to check that out if you are definitely staying at Sheraton. For all the inconvenience, guests should have been compensated with free IN ROOM wifi or even valet parking.

With that so many rooms, relying on just 2 lifts are not ideal at all. So disappointed that we checked out after the second night instead of staying to the total of 8 nights! I just feel that the management is blaming everything on the renovations. but what has the safe and the fridge got to do with all of it?

Ok enough of the rant with the hotel and management. After the long drive from Vegas to LA. We dropped the girls off at the Hotel and rushed to Anaheim to catch the Ducks game! Didn’t even realised that it was peak hour took us about 2hours to get there as opposed to 45mins. Traffic is terrible! I will never recommend downtown LA to anyone! The Ice Hockey game on the other hand was awesome and the atmosphere was truly remarkable!! 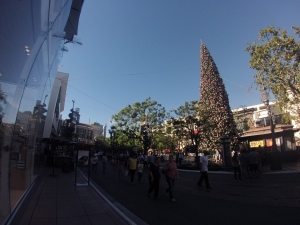 The Grove was the talk of the town when we were researching about the places to go in LA! We shopped till we drop at Forever 21, Abercrombie, GAP and Zara! It was worth it especially after chowing down The Cheesecake Factory Prawn Garlic Noodles! It was DELICIOUSLY AMAZING!

After spending the whole of the day at The Grove & Original Farmers Market in Los Angeles, we went to Griffiths Observatory! It was remarkable although it was a hike up! Saturday night was crowded hence we had to park further away at the side of the road. Weekdays are recommended! We did stopped by at Biryani Kabob House 3525 W 3rd St Los Angeles, CA 90020. Koreatown on the way back to the hotel to savour the most spiciest but awesome lamb shank Biryani ever!

The same night we look out for alternative hotels! As we couldn’t justify staying further at Sheraton.

The view from Griffiths Observatory.